Photo showing the door was not burned 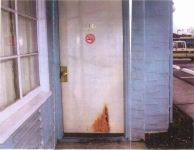 (scroll to bottom for more photos) 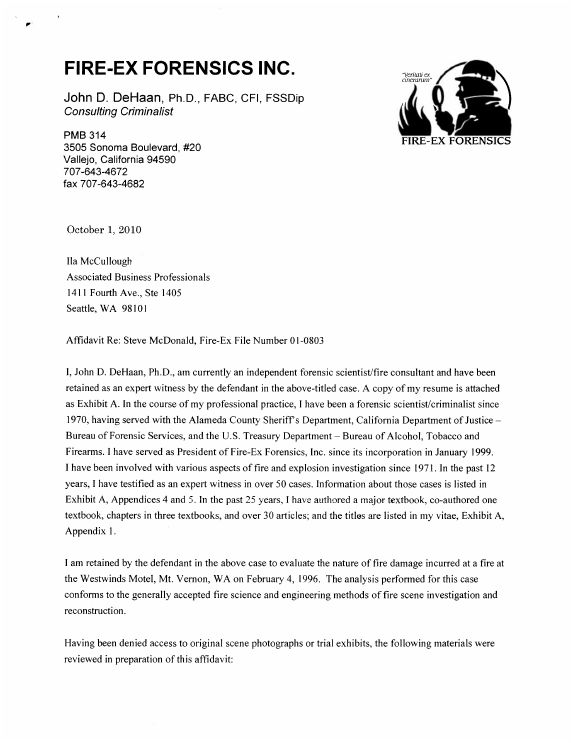 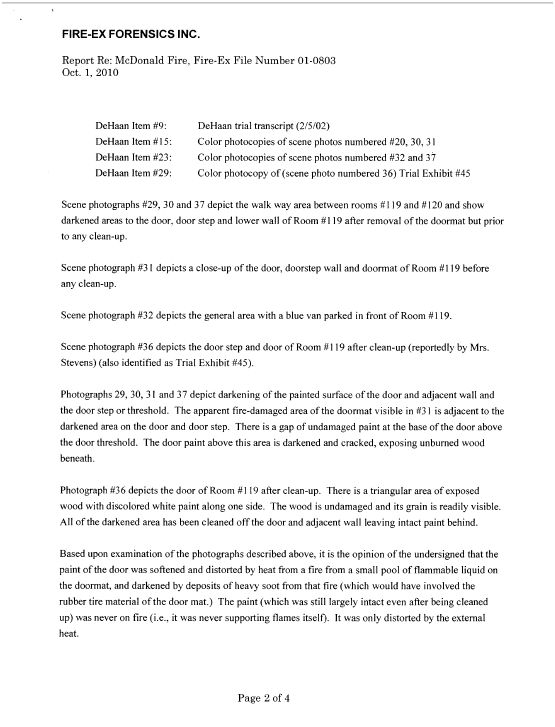 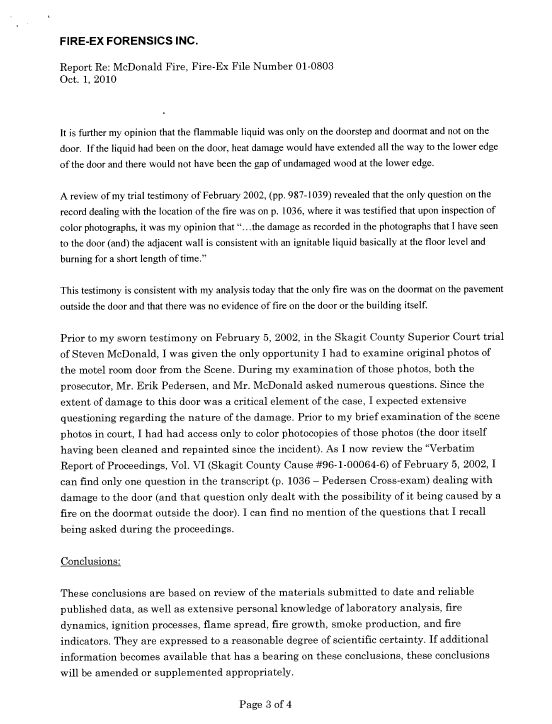 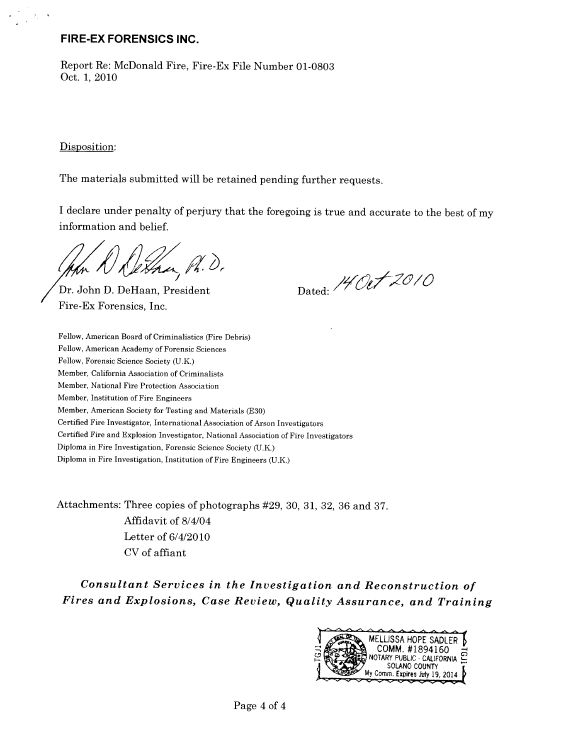 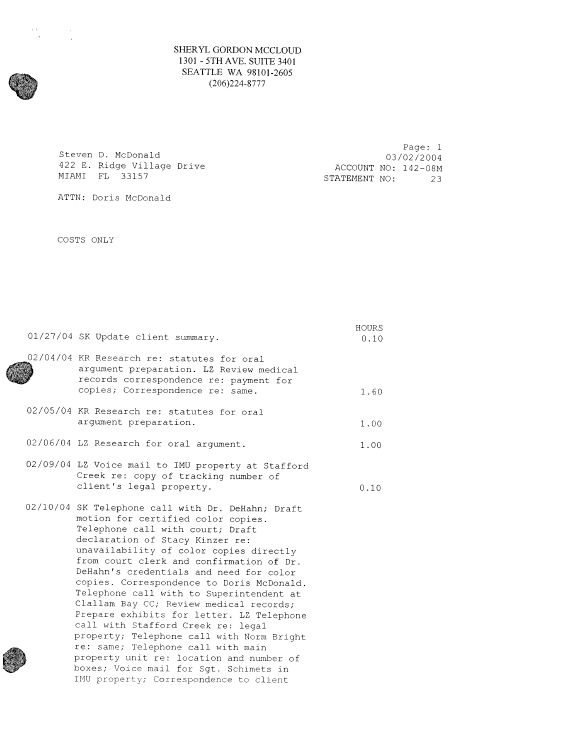 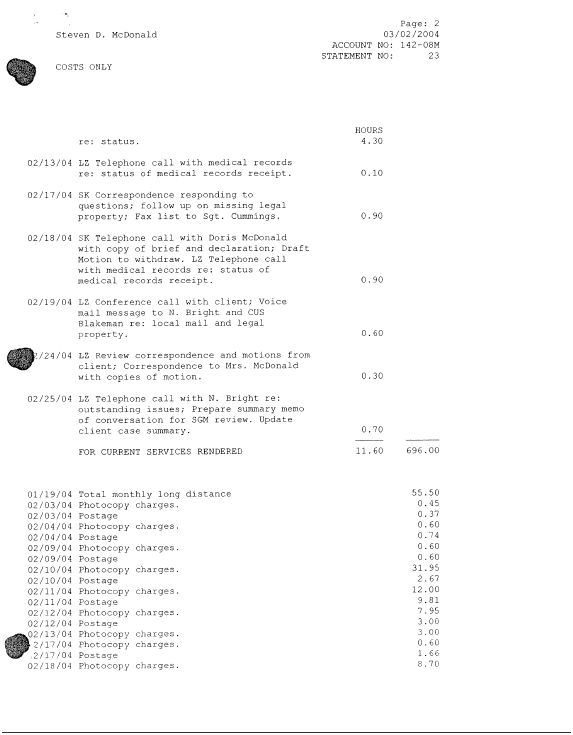 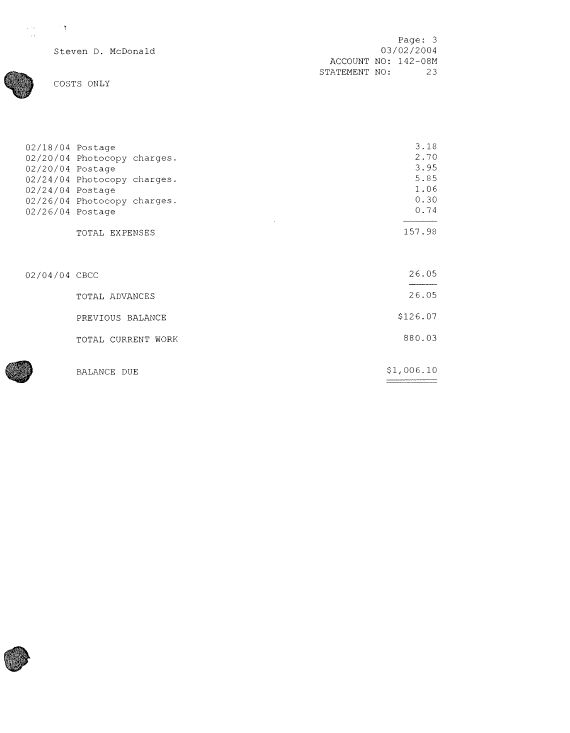 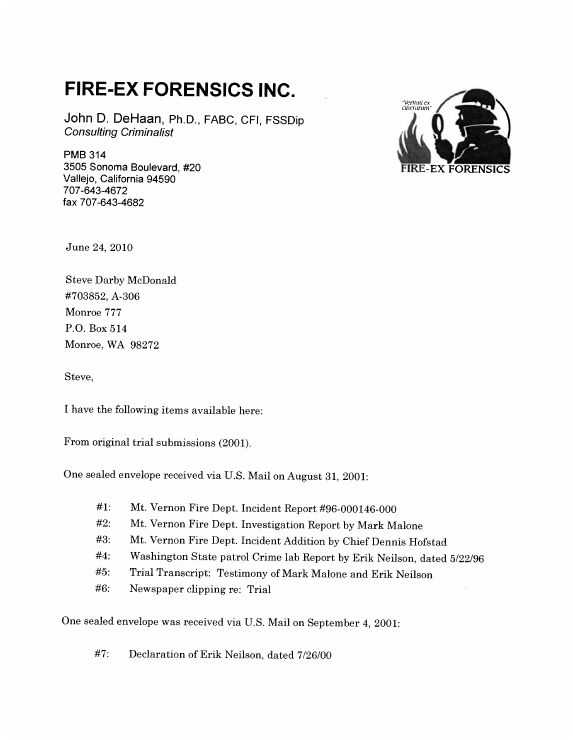 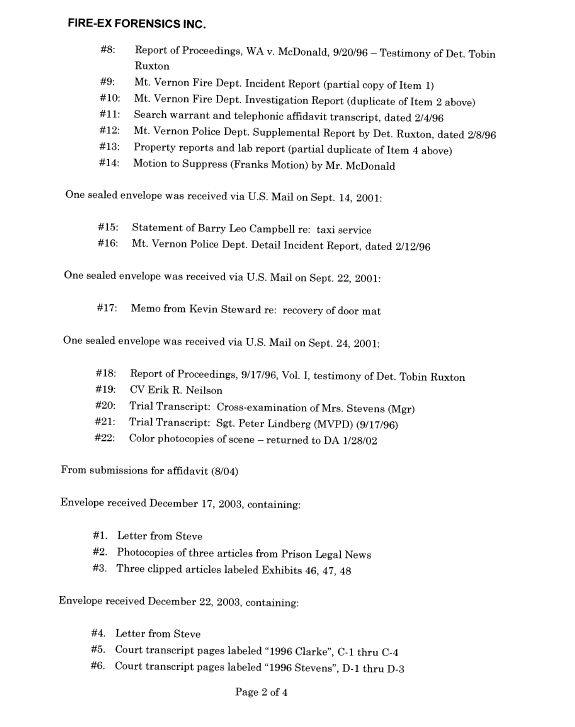 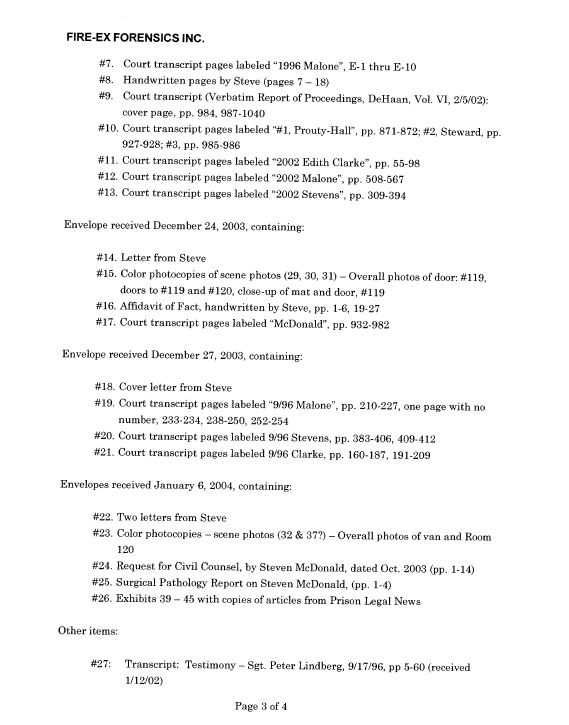 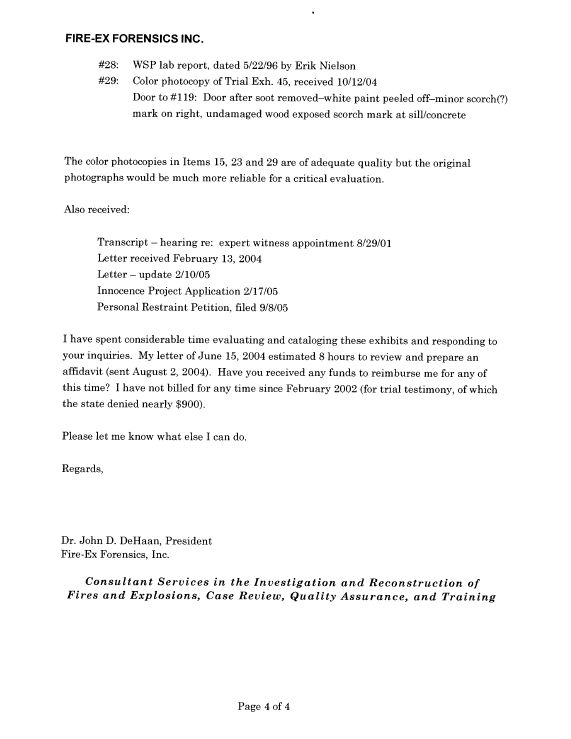 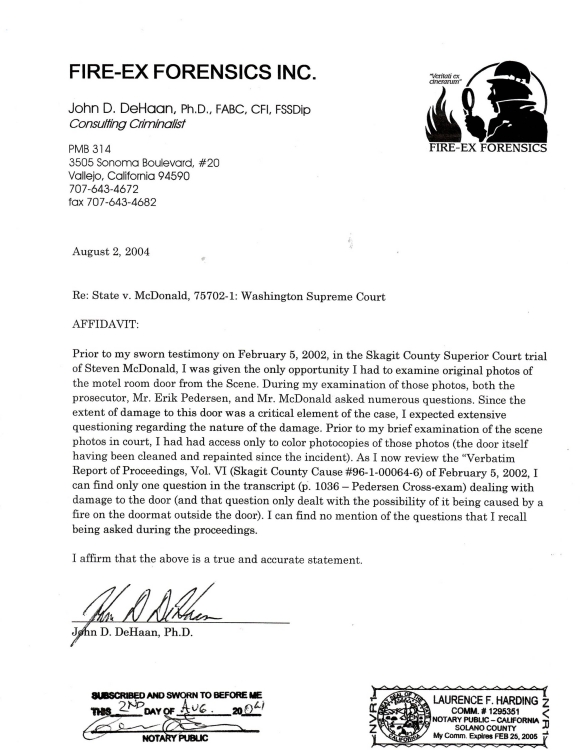 Photos of the Motel Room Door

Photo 36 shows the door after clean-up 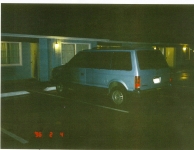 Photo #32 depicts the general area with a blue van parked in front of Room #119.

Photos 29, 30, 31 and 37 depict darkening of the painted surface of the door and adjacent wall and the door step or threhold. 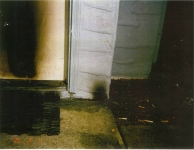 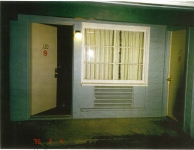 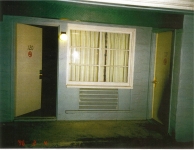 THE OFFICIAL WA/DOC WEBSITE ABOUT THIS INCIDENT AND ATTORNEY SHERYL GORDON McCLOUD AND THE MISSING TRIAL TESTIMONY OF FORENSIC ARSON EXPERT JOHN DEHAAN, PH.D. WITH THE COLOR PHOTOGRAPHS OF THE MOTEL ROOM DOOR AND BLUE VAN
© Steven Darby McDonald 2012
© Steven Darby McDonald 2012
[1] Ms. Clarke also tried to shake Mr. McDonald down in prison by calling his classification officer, Mr. Gonzales, and telling him that she would tell the truth about the incident if he bought her a new van, which she admitted at trial because she thought Mr. Gonzalez was going to testify: “I might have.” VRP 94-97.