The following are two (2) Sexual Assault Protection Motions and related documents filed against James Edwards, M.D. and F. John Smith, M.D., employees at Washington State Penitentiary for sexual improprieties committed during physical exams not relating to any sexual problems. These abuses were reported to administrative officials by letter, grievances, and tort claims. All were ignored. Mr. McDonald was even barred from attending the prison's law library to collect further supporting affidavits from other abused inmates.

Grievance No. 12-520134 outlines Lt. Kershow's actions of "investigating" Mr. McDonald's claims while he was naked in the shower and licking his lips while staring at his penis which was captured on security cameras and ignored as it presented prima facie evidence of sexual abuse taking place at the facility by the perverts and pedophiles who operate it.

Walla Wall County Clerk Kathy Martin advised Mr. McDonald she would not be filing his Sexual Assault Protection Motions on January 17, 2013 because he had to present these issues to the "administration". RCW 7.90 et. seq. contains no such requirement. Her pushback is due to the close nexus shared by the WSP administration and the local court system that knows of the systemic sexual abuse occurring at the facility and condones it to sanitize the prison's image in the eyes of the public.

These problems are compounded by the "females" who run the facility and should not have the degree of control they possess over its male population since by their very "nature" they have a proclivity to detest males and display a careless attitude when dealing with their issues. In other words, the inmates deserve to be sexually abused - it's part of the punishment (and "fun" for the employees). Their hateful policies have caused WSP to be the number one facility in the state with the most disruptions, lockdowns, and assaults. Yet the Secretary of the WA/DOC, Bernie Warner, claims he cannot figure out why.

Finally, for you doubters of the above and the validity of the claims set forth in the following documents, all you need to do is read the nonsensical and disingenuous replies offered by the administration and county clerk to the claims Mr. McDonald has set forth.

These replies are no more than misdirection and indifference designed to suppress the truth about the sexual abuse that's really taking place at the facility. 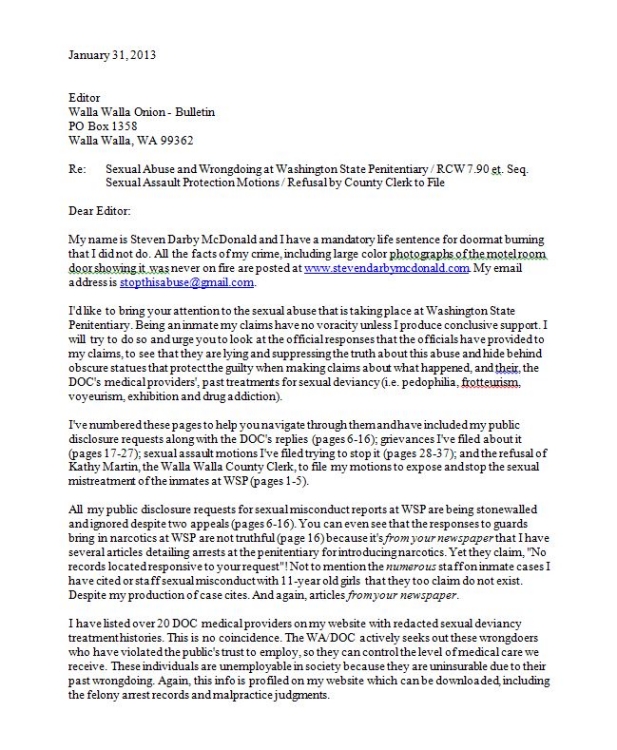 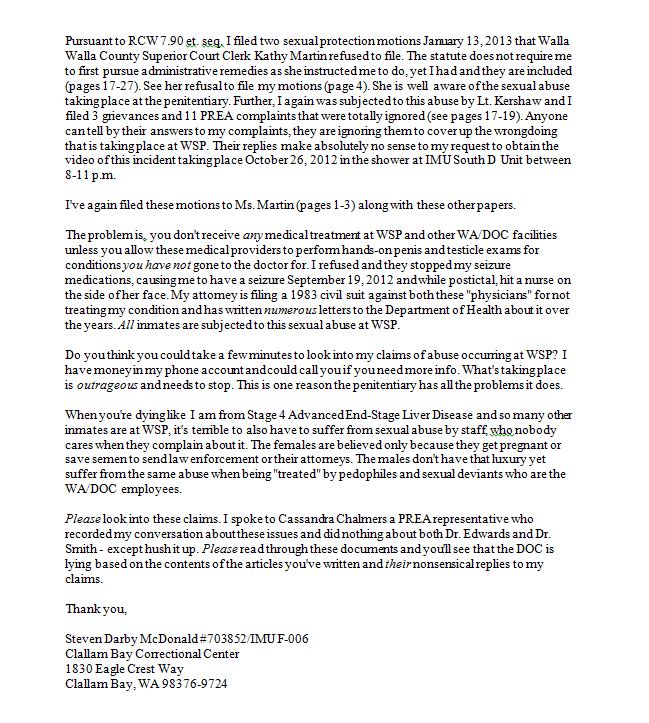 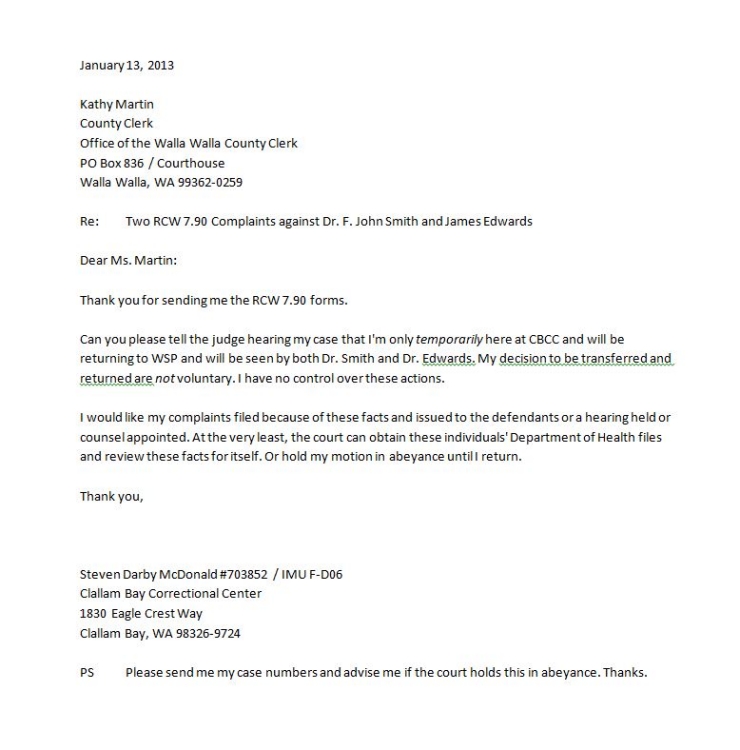 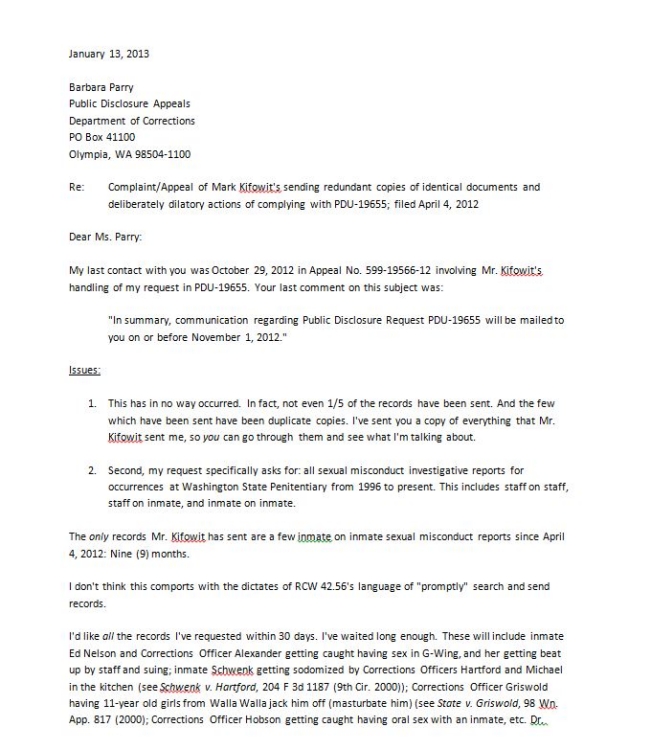 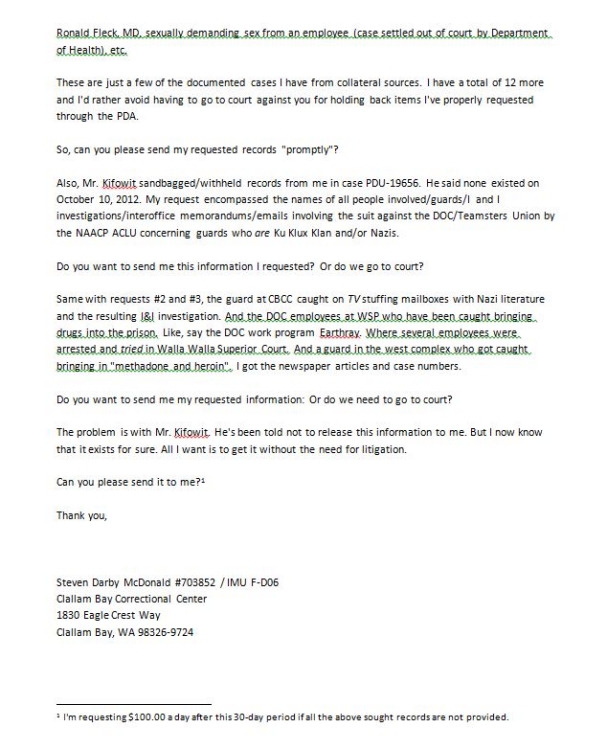 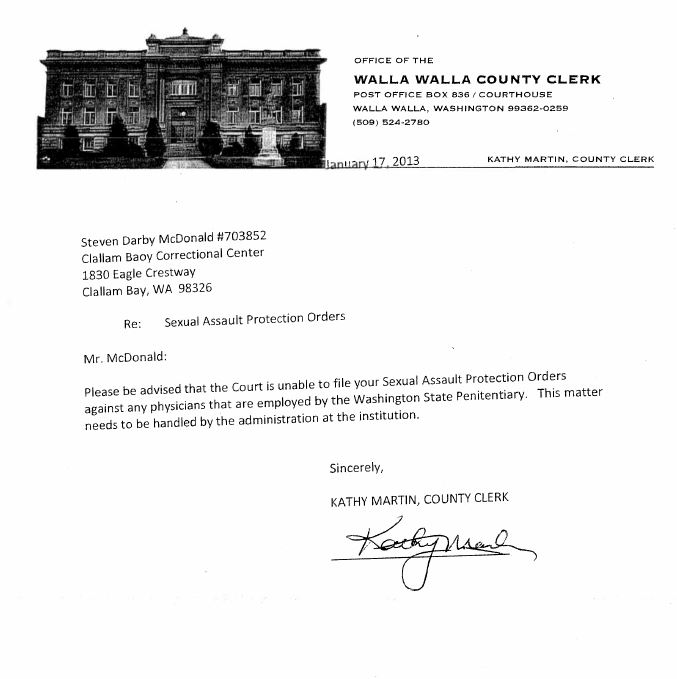 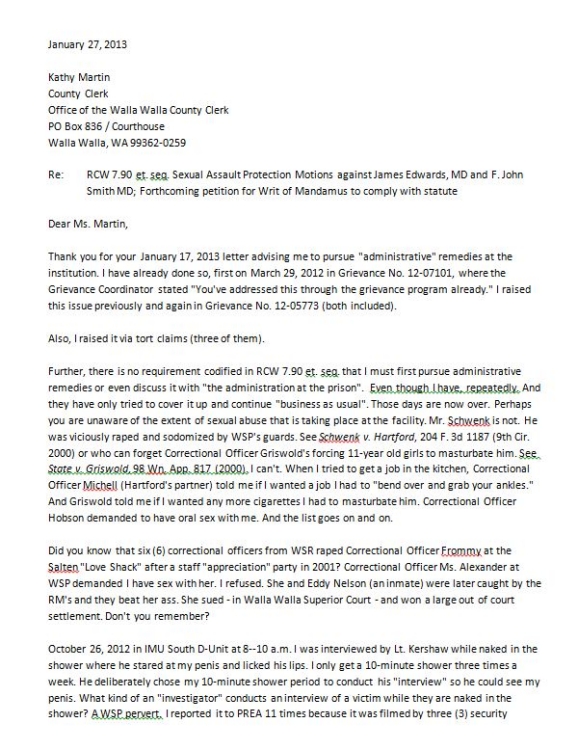 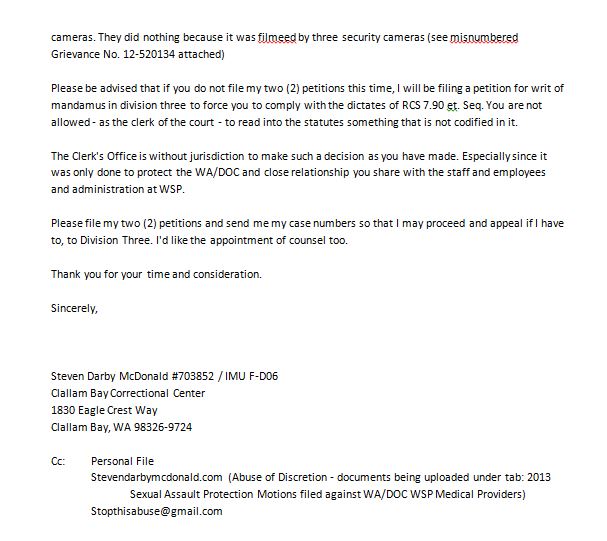 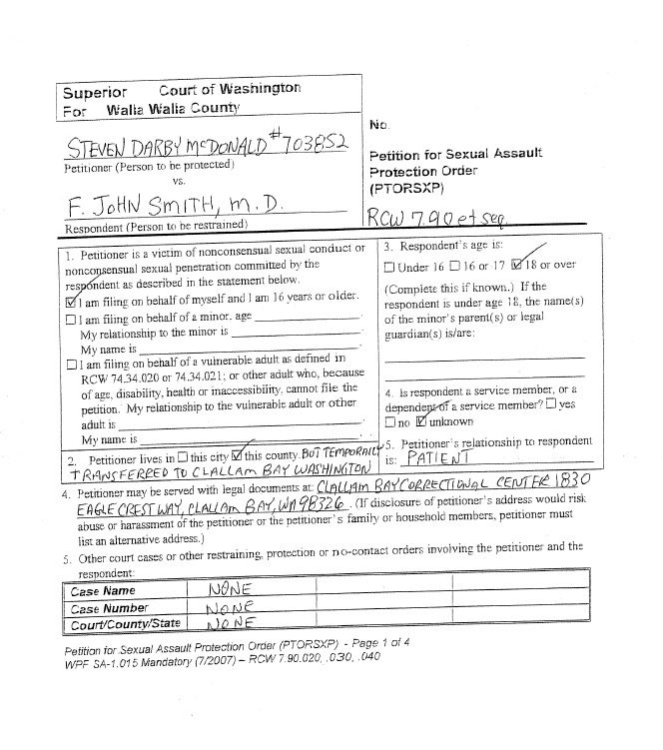 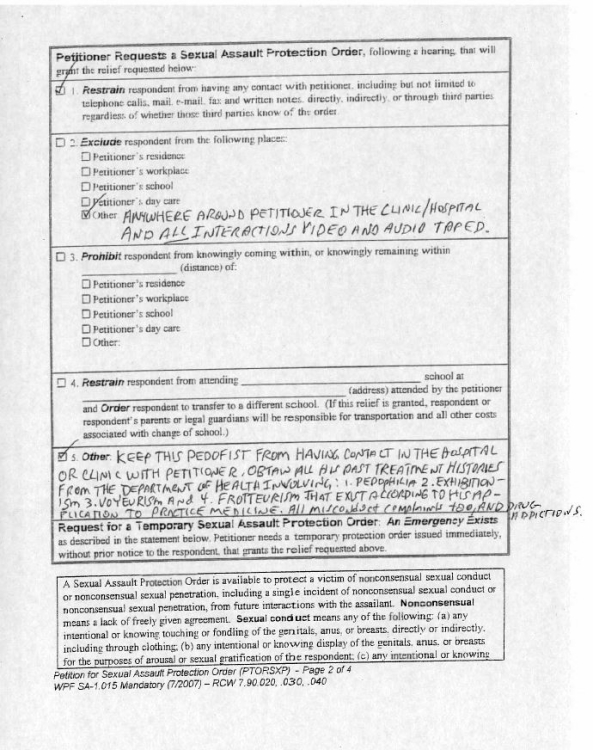 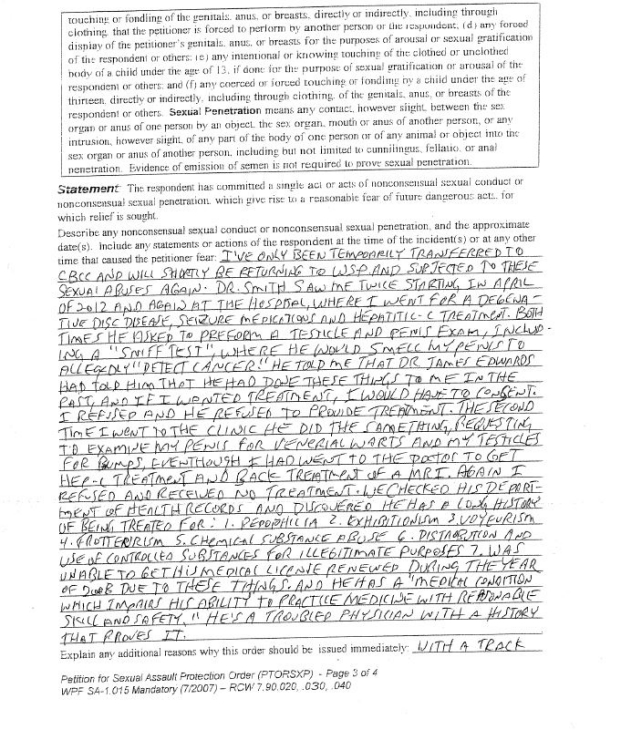 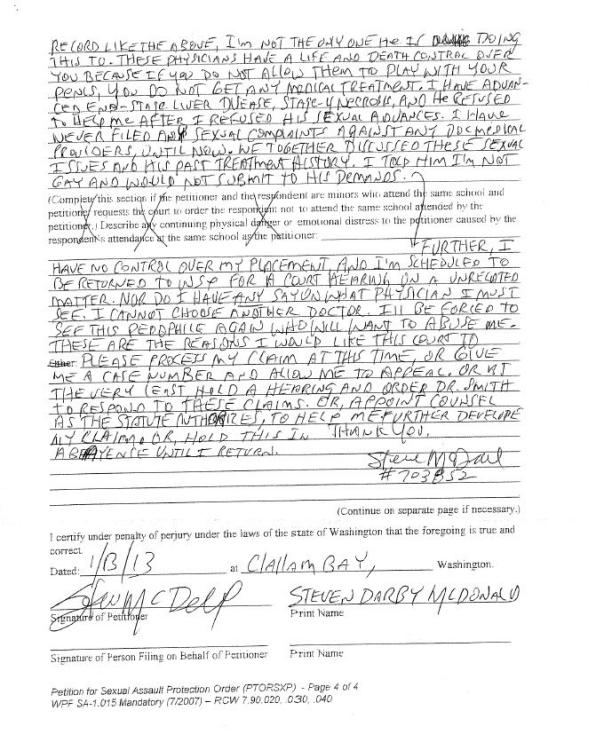 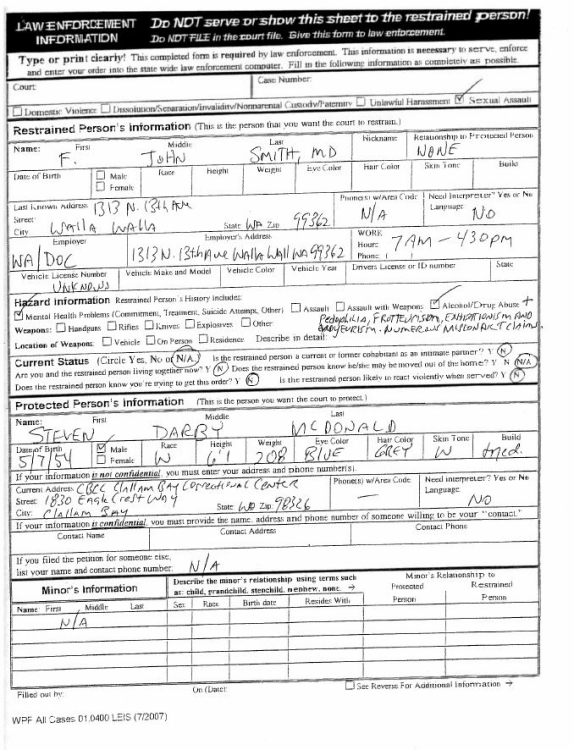 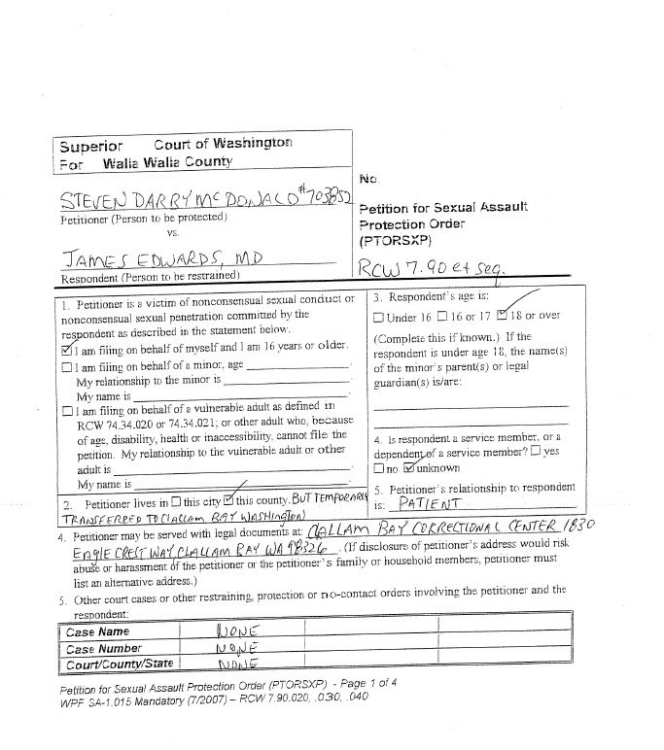 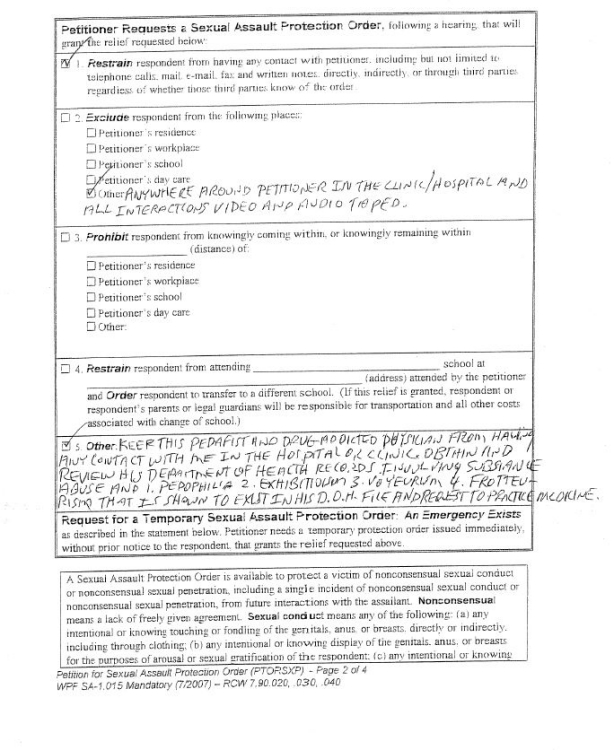 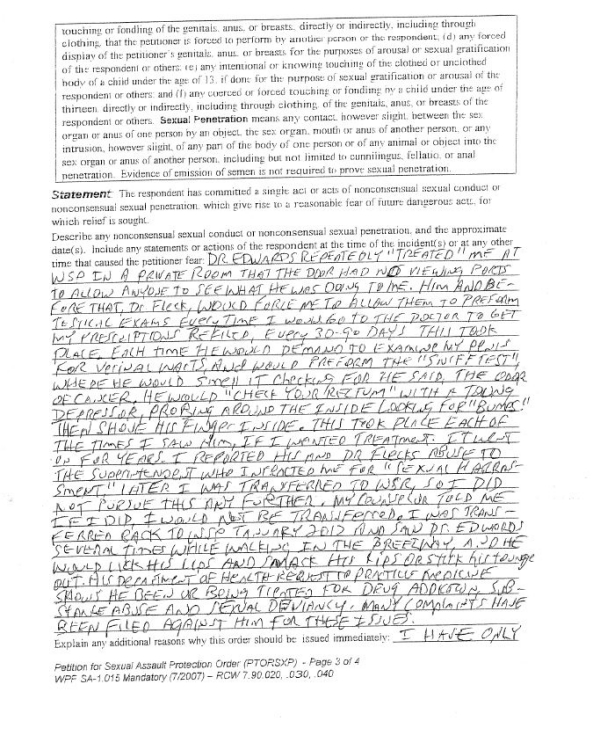 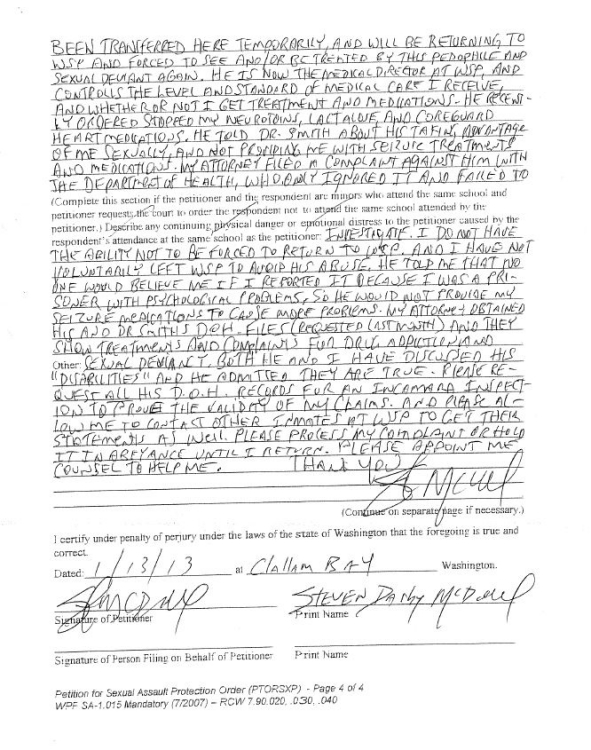 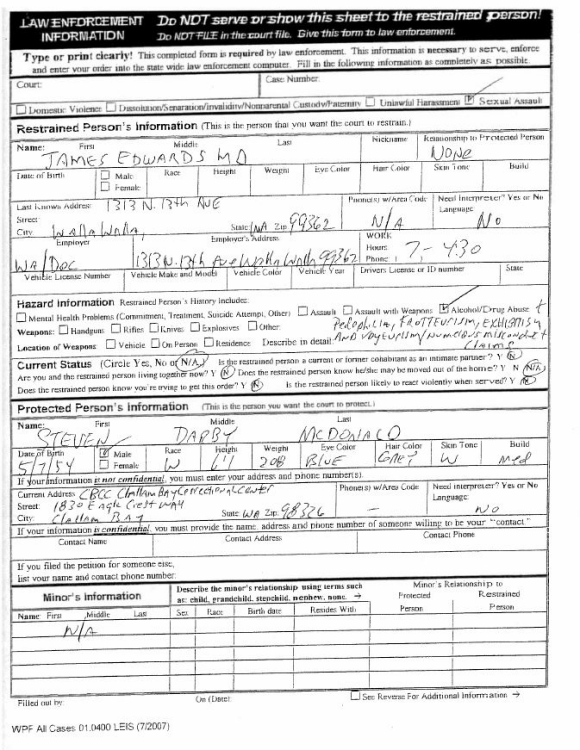 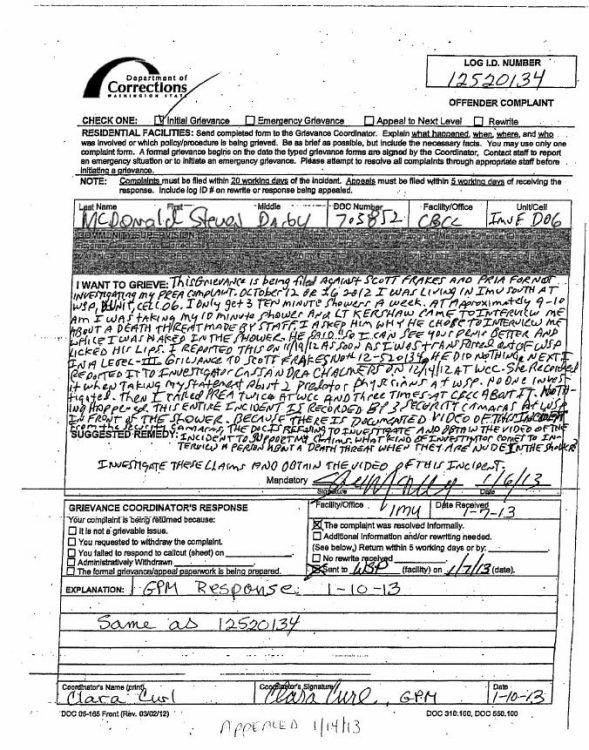 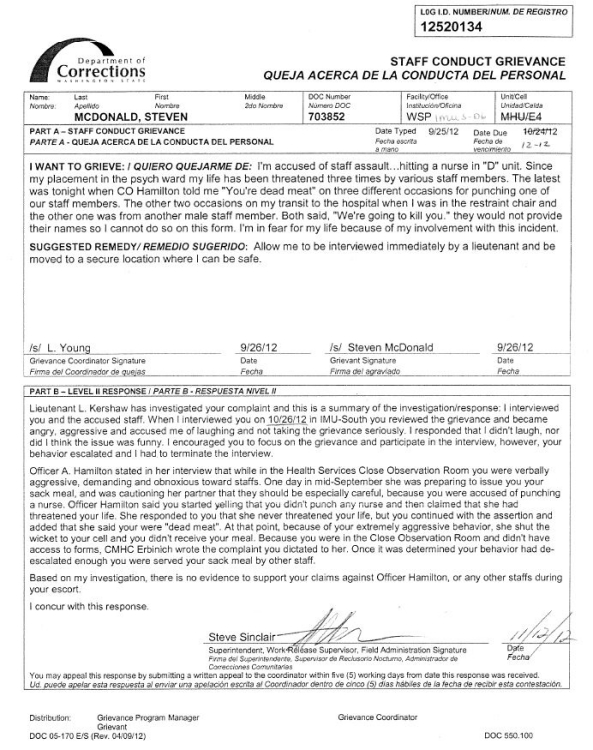 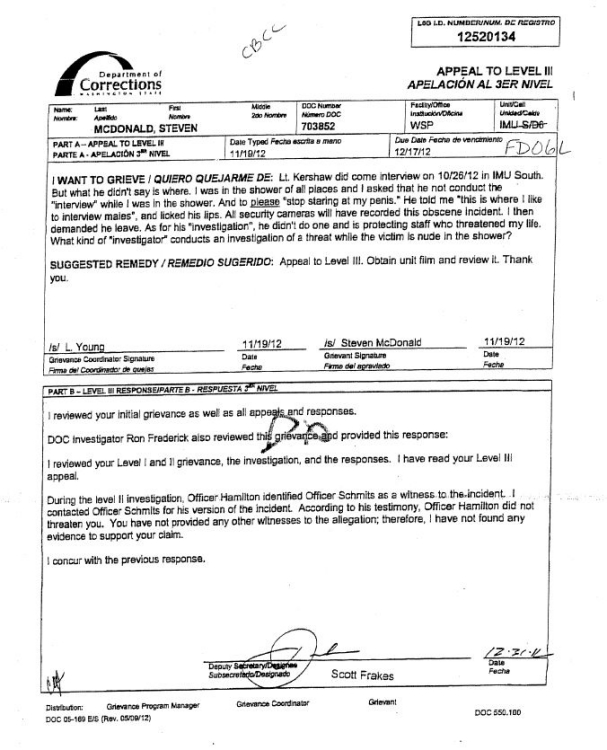 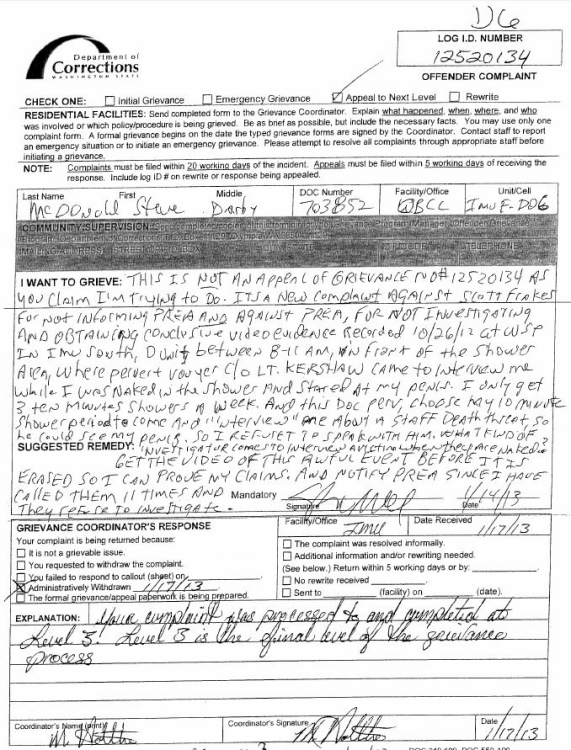 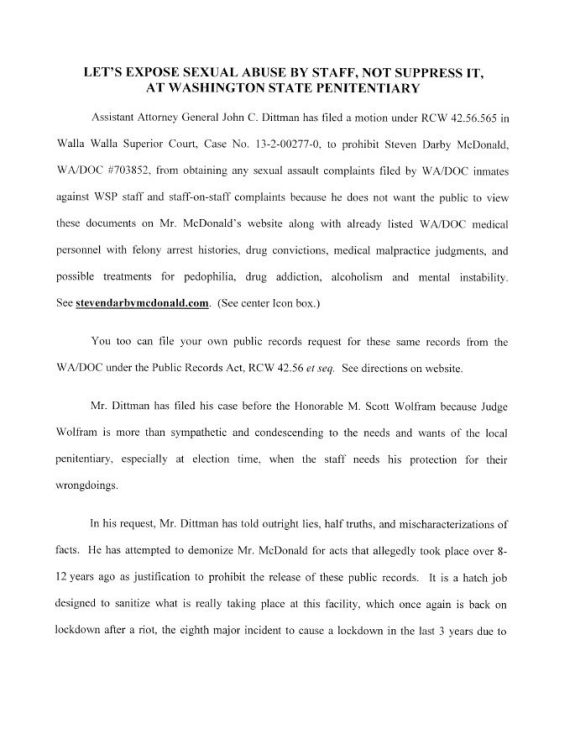 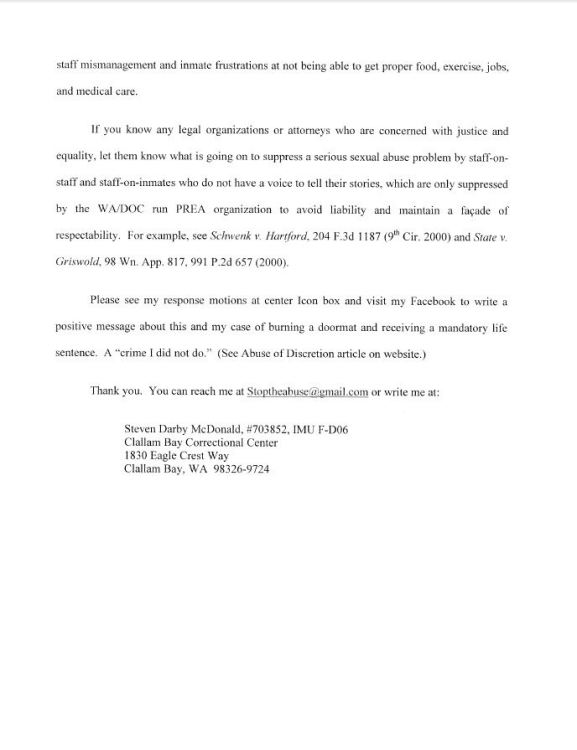